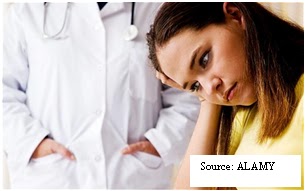 Why does it take tragedy for people to react or care about certain issues? There is still a stigma regarding those suffering from mental health problems and the public, media, and politicians fail to understand and discuss, and therefore create and institute solutions and policies that will help support those dealing with mental health issues. Mental health is too prevalent an issue to continue to be overlooked and considered such a taboo subject. Tragedies like the Tucson movie theater shooting, Wisconsin Sikh temple shooting, Columbine High School massacre, or Virginia Tech shooting make us examine gun issues, and sometimes mental health issues, for a few weeks, but the public and politicians easily forget or push to the back of their minds such problems for more comfortable areas. However, with the growing prevalence of mental health cases in children, increasing school violence, the media’s linkage of violence and mental instability, the increasing occurrence of mass violence and shootings, police presence in schools and often unnecessary student detention, and the necessity of general education reform- mental health advocacy and proper education reform targeting mental health support is extremely necessary regionally and nationally.

In education reform, the health of the student can no longer be overlooked. According to the National Alliance on Mental Illness (2006): “Four million children and adolescents in this country suffer from a serious mental disorder that causes significant functional impairments at home, at school and with peers”. America wants to remain competitive with other international powers and focuses on education as a means to do so. We have implemented rigourous testing standards, teaching reforms to improve teacher effectiveness, and various other reforms to target improvement in student achievement. However, not enough attention has been paid towards improving mental health support in schools, ensuring proper diagnosis, and ensuring that students are supported not treated as criminals. Those involved in school policy making have long acknowledged the necessity of proper support mechanisms and have created initatives funding problem prevention, professional MH staff, and various organizational intervention in schools (UCLA Center for Mental Health in Schools, 2006).

However, the reality is, not enough is being done for student suffering from mental illness and their education is suffering because of it. According to the National Alliance on Mental Illness (2006), “approximately 50% of students with a mental disorder age 14 and older drop out of high school”. Even more concerning, “1 in 5 children have a diagnosable mental disorder” (H.R. 751, 2011) .There is also plenty of evidence that the problem with mental health in education often falls back towards a lack of funding. With school districts nationwide facing million dollar deficits and state funding being cut to soften budget blows, policies in place targeting mental health often marginalize students instead of adequately supporting them.

Education reform must begin to target adequate funding for mental health support systems and must provide coverage that creates comprehensive support communities. In particular, policies must focus on the development and proper funding and implementation of early intervention programs, where students are properly diagnosed by certified professionals and receive adequate attention and focused mental health support. Legislation such as the Mental Health in Schools Act (H.R. 751), which unfortunately has stalled in the House, targeting expanding projects and funding for comprehensive school-based mental health support programs nationwide, must get on the state and national agenda (Mental Health America, 2011). Currently, some states have invested in mental health programing through use of the Integration of Schools and Mental Health Systems grants from the federal government (Department of Education, n.d.), however with only 16-18 awards granted during 2010, ranging between $150,900-$400,000, not enough states or school districts are investing the necessary funds and energy into mental health support programming. Also, many current programs in place are competing for limited funds or are ineffective in actually supporting students.

Policies must be inacted that not only supports progressive support programs, but also investigates their effectiveness and ensures that students are not be over- or under diagnosed and given sufficient support helping them manage their mental health. Educators and education reformers must also stop targetting students living with mental health challenges as criminals. The mass majority of students with mental illness are non-violent. With increasing evidence of school districts utilizing 'school to prison' pipelines (NewsOne, 2012), which often target mentally handicapped students and those suffering from mental illness like depression and ADHD, state and federal Department of Justice intervention is increasingly necessary to make sure that the rights of students with mental illnesses are not abused.

Taking care of students’ mental health will help improve student achievement, systimatic improvement to the systems already in place, which help treat and support these students, will advance an education system struggling to properly educate and support its students, and will help create a learning community and positive learning enviornment where students, especially those suffering from mental illness, can succeed.

Got Something to Say?

What Are We Doing?

Escaping of course! This is a place for four young women in their 20s to come together and comment on life's joys and woes, share some laughs, blog about pertinent issues, and hopefully entertain and maybe even share some knowledge with whoever happens to stop by.